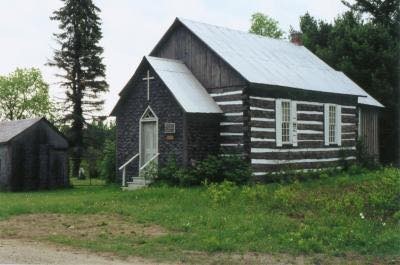 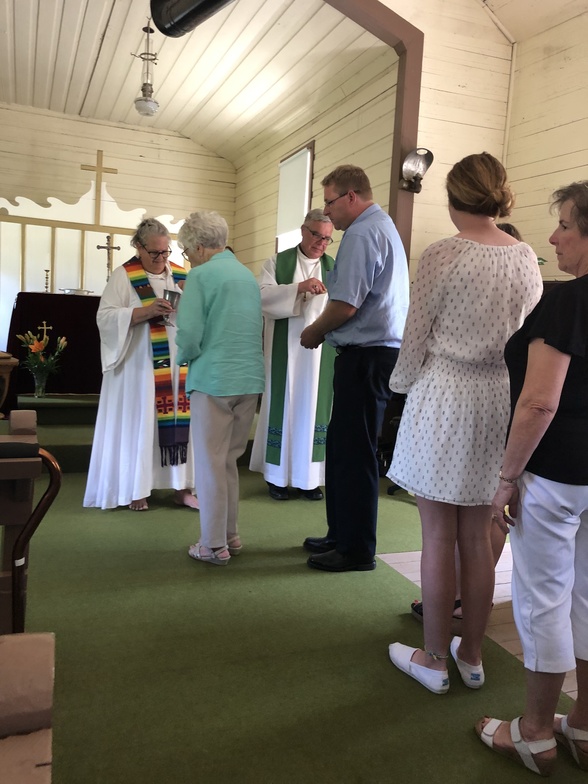 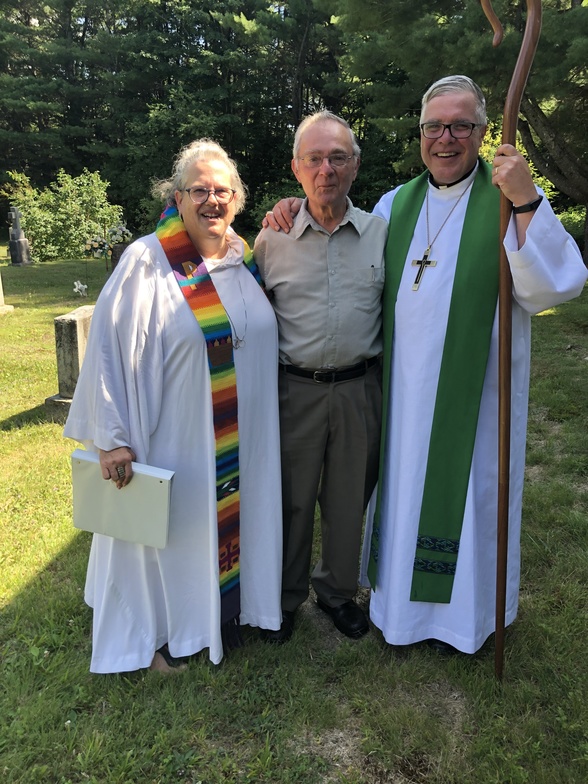 "Germania began back in the early 1870’s when brothers George and William Gilbert, who hailed from Hesse-Darmstadt in Germany, took up land in this corner of Draper Township. They were among the first to settle here but others, almost all German families, some 15 or 20 in all, soon joined them in carving farms out of the dense forests.  Germania was born.

William Gilbert –– donated land for a community church, and so while it’s officially called Germania Nazareth Evangelical Lutheran Church, unofficially it’s referred to as the Gilbert Lutheran Church. William Gilbert wasn’t alone in his generosity, however; Herman Weissmuller donated the wood, villagers came together to provide the labour and every parishioner was required to supply a quarter cord of wood per year for heating.

Well-tended, the interior has not been altered since the day it was built and the whole atmosphere breathes the spirit of a bygone era. The pews, altar, baptismal font and oil lamps are all original. A unique historical artifact is a copy of the lot’s original land grant, issued Feb. 1, 1875, encased in glass and holding a place of prominence along the church’s rear wall. A ‘mouse-proof organ’ was gifted to the church in 1921, At one time services were held in both German and English, but eventually English only. Germania once had its own minister who lived in a parsonage across the road, but that building burned down and they then shared their minister with Gravenhurst. The church used to be full every Sunday. It was very important to the lives of the community”.

Stepping outside and into the small cemetery filled with the souls of bygone only then can one truly begin to comprehend how tight-knit the community would have been. Neighbours weren’t just friends; they were quite literally family, either through blood or marriage.

And so it serves as a tribute to the brave and hard-working German families who established a house of worship for the members of their community , and today we are in awe of this beautiful, yet simple building dedicated to God for those who come to worship. Services are conducted by the clergy of St. David Anglican-Lutheran Church, Orillia. Enrich your spiritual and historical spirits, by worshipping with us twice per year in July and August."

From Ghost Towns of Muskoka by Andrew Hind